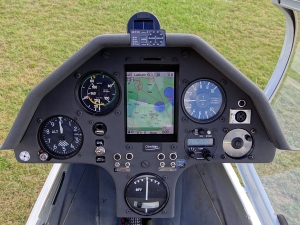 It is a while since I last posted because I was hoping to produce a concise single post to deal with the issues of how a phenomenological approach to software relates to the issues of Patterns and Living Structure that Christopher Alexander has worked on. So much for hopes. As I started (re-)reading more around the subject, it opened up before me, as one might expect I guess. So I am breaking it down into smaller sections and giving it the subtitle “The Internal Dimension”.

In these “Internal Dimension” posts I am going to deal with the issue of meaning and structure in software, starting with the seminal paper by Peter Naur in 1985 and moving on to the patterns work of Christopher Alexander. I will be informing it with the ideas from an essay by Hans-Georg Gadamer with the great title ‘The Relevance of the Beautiful’ and more recent writing by Wyssusek. Wyssusek also notes how many of these ideas are relevant to users, rather than just the application developers.

The Internal Dimension Part 1: Theory Building & The Generation of Meaning

Back in 1985 Peter Naur, one of the co-creators of the ALGOL60 programming language, wrote an essay entitled “Programming as Theory Building”. This has become a seminal paper highlighting, as it did, that programming was more than just producing the program and its accompanying documentation.

He identified that when handing over a piece of software to other people to maintain and/or extend, it was not enough to just supply the source code and a full set of documentation. You needed to allow access to the original authors of the program because it was they who held the live ‘Theory’ of the program and could ensure that future work maintained a consistent program architecture.

“A main claim of the Theory Building View of programming is that an essential part of any program, the theory of it, is something that could not conceivably be expressed, but is inextricably bound to human beings.”

Indeed the “conceivable expression” will be the code itself plus any documentation. But these are not enough for a working understanding of the system.

Anyone who has tried to understand other people’s programs – something I seem to have been doing for most of my career – will relate to Naur’s thesis. We cannot look on the ‘Theory’ as being an abstract thing and it cannot be put down as a set of rules – by definition the rules are actually within the software. This fallacy of the ‘abstract theory’ also highlights a problem in devising a method for building theories. Naur seems to be very much in tune with the phenomenological idea of the whole:

“In building the theory there can be no particular sequence of actions, for the reason that a theory held by a person has no inherent division into parts and no inherent ordering. Rather, the person possessing a theory will be able to produce presentations of various sorts on the basis of it, in response to questions or demands.”

We can now see that the theory does not so much represent an abstract piece of knowledge to be put forth, but rather a new skill of the person – an ability to respond appropriately to the demands of unknown situations. It is here that we have the link to meaning – the realm of hermeneutics.

Understanding a piece of software is about trying to grasp what the original programmer meant when s/he created the various data structures and functions of the system. It is at this point that the phenomenological approach to the generation of meaning changes the whole view of programming as theory building. The meaning is a live thing which is “inextricably bound to human beings.”, and on a working system the team of programmers is continually creating and re-creating a shared meaning about it. As Wyssusek noted “if this practice is interrupted the system ‘dies’.” Naur’s original words describing this phenomenon were:

This is an important point to understand because it requires that developers and their management give credence to the living internal dimension of programming. While the domain fails to adequately grasp this dimension and how it can be informed by a phenomenological approach (see Simon & Maria Robinson’s great ideas of ‘Holonomics’) there will continue to be embarrassing and expensive project failures.

In the next post I will describe how I see the links with Christopher Alexander’s patterns work.
Until then…