So it is rather late at the moment. Just had a great evening at a local Tango class with some great live music. Absolutely & totally sublime and completely different to the Nerdfest!

However I did retire to the bar on getting back from the dancing – it is important to network – to find that it was still buzzing. Had a great chat with a guy who works in CFD (Computational Fluid Dynamics), even though it was midnight! Amazing how you can talk about multi-processing late at night after a beer. Or have I been doing this job too long?

As for the day’s conference proceedings: Because Jim Coplien is recovering – thankfully – from a seriously illness, today the first keynote was by Pete Goodliffe about “Becoming a Better Programmer”. It was OK but not too many new points for me. Just a light presentation. The main points I took away were:

Next up I went to a talk by Seb Rose, a TDD advocate, on “Less is More” making the case for adjusting the progression of test changes to make them have less ‘fidelity’ to your final test intentions during development to allow you to converge faster to the final implementation. This one left me wondering about this whole stepwise approach to knowledge generation implicit in TDD. Sometimes it does not happen in this left-brain way of small steps. Sometimes there are massive jumps as we tear down old structures and remake them. Also whatever happened to the differentiation between growth & development? Subsequent conversation with other participants showed that I was not alone in thinking about this although, of course, TDD does have its place.

One great point that Seb raised was the importance of saying “I don’t know”, which can be a difficult thing for anyone who is supposed to be considered competent. We need to assume we are initially ignorant and be happy in accepting it.

He cast aspersions on Planning Poker saying that in his experience it has always been wildly inaccurate. For light relief he showed an image of these cards from LunarLogic. 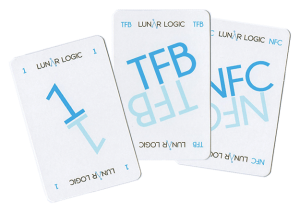 The main point I took away from this talk was just how much software development is a knowledge generation process (i.e. epistemic) and how we need to be clear about the next smallest question we need answering.

After lunch I split my attendance between a talk called “Talking to the Suits” and a more techie C++ one about the issues in converting the Total War game from Windows to OS/X which was mainly about the differences between the Microsoft and Clang C++ compilers (the Microsoft compiler is much more accepting – which might not help since it wont detect errors in template code if the template is not instantiated).

I will only mention the “Suits” talk because there should be a video of the Windows to OS/X one.

I came away from the “Suits” talk with some great cliches, e.g. Quality is not job number 1; Business loves legacy. The basic point here is that we have to be more explicit about the quantitative costs/gains when making a case for any technical work. We cannot assume that business leaders will be able to understand the ins and outs of things like IDEs, Technical Debt, etc. A good call to make sure we communicate more effectively about such things. A good idea here was the “Problem : Solution : Results” guideline when presenting information. For example: Problem: “Even simple changes take a lot (quantify) of time”; Solution: “If we improve the design of this part of the system”; Results: “we will save weeks of effort (quantify) when we add new workflows”.

That is probably enough for now since I really need my beauty(!) sleep. I have also put my name forward to give a Lightning Talk on “My Thinking is NOT for Sale”. Oh dear. I need to sort out the slides for that now!